Friends! I’m reading at Literary Speakeasy next week alongside these wonderful writers. Come have a drink with us and I’ll tell you the story about the girl with the magic eyeballs. Or the one about the DJ who gets kidnapped by the fae for a dance underneath the Van Ness Muni station. I haven’t decided.

The Merry Wives of Windsor. The play Shakespeare nerds everywhere are proud to hate. Tradition has it that Queen Elizabeth I wanted a play about her favorite character, the sloppy knight Falstaff from the Henry IV plays, but “to show him in love.” And to deliver it in fourteen days.

What happens in The Merry Wives of Windsor

Falstaff arrives in the town of Windsor. He is broke. He is known for his outsized personality and his…appetites. He devises a plan to kill a few birds with one stone by seducing two different rich women, Mistress Ford and Mistress Page.

He sends the women identical love letters. The letters get intercepted by their husbands.

The women, who are friends, compare notes and have a good laugh. They decide a little revenge would break up the dull afternoons.

There is a subplot with the Pages’ daughter, who wants to marry a man her parents don’t approve of.

Mr. Ford puts on a disguise and tells Falstaff he is himself interested in Mistress Ford, but first he wants to pay Falstaff to seduce her so she won’t be so…virtuous. Don’t think about that too hard. The point is, someone is offering to help Falstaff have sex. Falstaff tells Mr. Ford-in-disguise that he and Mistress Ford already have an appointment. Mr. Ford, who was already jealous and had a rage problem, flies into a jealous rage.

Falstaff goes to meet Mistress Ford as arranged. She and Mistress Page trick him into hiding in the laundry basket. Then they throw him into the river. It doesn’t faze him very much.

Falstaff goes back to meet the wives again. This time they trick him into dressing up as an elderly aunt whom Mr. Ford can’t stand. Mr. Ford comes home and sees the “old woman” he hates. He beats her and throws her out.

The wives let their husbands in on the joke. Together they engineer one last humiliation for Falstaff. They arrange to meet him in the forest for sexytimes. They get a group of kids to dress as fairies, go to the meeting instead of them, and pinch and burn him.

The nighttime-plus-disguises combo helps the Pages’ daughter elope with her boyfriend.

Falstaff takes the joke pretty well, even though he is still broke and single. Mr. and Mistress Page accept their daughter’s marriage. They invite everybody back to their house to celebrate, including the admittedly entertaining Falstaff.

Shakespeare scholar Harold Bloom’s book Falstaff: Give Me Life illuminates what’s so compelling to some people about the old gent. If you don’t have time for a whole book, there’s the NY Times review, “Shakespeare’s Hot Mess: What We Can Learn From Falstaff.” 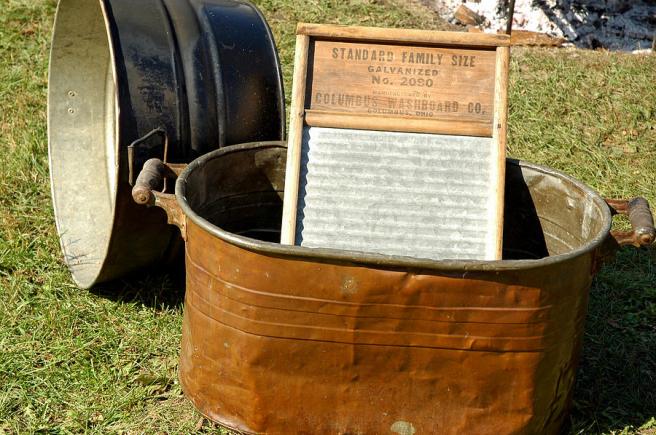